History of the Guardea area

Guardea
(source: www.turismoguardea.it)
Human settlement in Guardea dates back to ancient times, with evidence of flint tools, pottery and ruins. These tools date from more than 80,000 years ago. The hills of Guardea offered ideal and secure environmental conditions for agriculture and livestock, which brought humans out of cave dwellings and towards a sedentary lifestyle on the land. Traces of Eruscan and Roman frescoes remain, along with seals, pottery, and later ruins that trace the origins and spread of Christianity.
Somewhere around the ninth century, residents moved to the top of the hill to found Old Guardea (Guardea Antica), at 572 meters above sea level. This was a defensive position, from which the name “Guardea” was born, meaning “look out.”

An 1154 document is the first trace of the name “”Guardearisale” – the document is an act of sale for half of four castles owned by the daughters of a “de Raynaldo Guardeia” to Pope Adrian IV. This document is found in the Vatican Archives.

In 1232, the lords of nearby Alviano, who controlled Guardea, came under the domination of the powerful Ghibelline of Todi. Between 1367-68, Todi and all of its domains was ceded to the authority of the Pope. In this context, Alviano regained its lands and enjoyed a degree of autonomy under papal control. Guardea passed under the control of the influential Farnese family, from which several popes hailed, and became part of the Duchy of Castro. After prolonged disputes in the 1550s, Catherine Cervara was named legitimate administrator of the castles of Guardea and Poggio. Catherine later gave the fief of Guardea as part of a wedding gift, and the lands changed hands several more times until they came under the control of the Counts of Marsciano, whose decscendants held it until the early 1900s. At that time, the city of Guardea fought an extended legal battle and took advantage of an 1888 law to liberate its lands from the feudal control of the Marsciano for an annual rent, which was later eliminated, leading to the true modern autonomy of Guardea. The Comune of Guardea was founded on May 14, 1889, and gained control of all its assets in October, 1905.

Starting in the 1600s, residents had already begun to leave Guardea Antica to live lower on the hill plateau, since security improved. A 1684 decree from the Marsciano allowed construction outside the castle walls of Guardea Antica for the first time. The Old City was permanently abandoned in 1707, and the first mass was celebrated at the new church in present-day Guardea on November 9, 1732.

The Poggio Castle
Built by the Normans in the 1034 AD on a former th century Byzantine fortress, an intricate system of residential buildings and fortifications has survived the centuries mostly intact. The Poggio Castle was designed by architect Antonio da Sangallo the Younger. The castle’s history boasts famous occupants such as Frederick I, Barbarossa, who conquered the castle; Charles V of Spain, who forced its owner to cut off the main tower of the castle; Cesare Borgia, who laid siege to the castle in the early 1500s; Filiberto of Savoy, and Princess Olimpia Doria Pamphili, the sister of Pope Innocent X. In the late 1800s, a public administrator from the Farina family became the owner of the castle. Farina’s daughter, Lina, married the American comedian and vaudeville performer Jimmy Savo, and the two lived in the castle together until Savo died in 1960. Following Savo’s death, Lina transformed the castle into an art center, where artists from around the world gathered for exhibits making use of the castle’s unique internal and external spaces. Among those who supported the art center were the Italian government, the Cultural Section of the U.S. Embassy in Rome, the director of the Whitney Museum in New York, and the president of the American National Theater Association.

In 1981, the castle was bought and restored by its current owners, together with the architect Franco Della Rosa. The Ministry of Cultural Heritage has granted the castle National Monument status. Today, the castle seeks another renaissance as a site for academic or art programs from around the world. 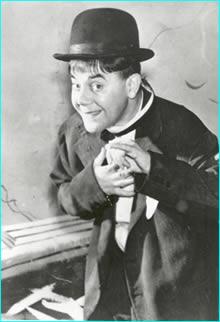 The owner of Villa Tramonto continues a proud tradition of connecting Guardea to New York City. Another New York City native, Jimmy Savo, was born born July 31, 1892. Savo was an American vaudeville, Broadway burlesque and nightclub performer, as well as a comedian, juggler and regular actor in film and television during the vaudeville era of the 1920s and 30s. Savo became what Charlie Chaplin called "the best pantomimist in the world". He starred in several movies after the end of the silent film era, and was also an accomplished singer. Two of his most remembered songs were "River Stay 'Way From My Door" and "(You Don't Get No Bread With (One Meat Ball)."

One day, Italian journalist Nina Farina traveled to New York to report on the vaudeville scene, including an interview with Jimmy Savo. Farina was also the owner of Castello del Poggio, the castle on the hill overlooking Guardea and the entire Tiber river valley. As so many Americans have before and after him, Savo fell in love with Italy - and with Farina - and the couple lived in the castle for the rest of their days. In 1947, Savo wrote a book about his Italian life in Guardea, called "Little World, Hello!" and died in Terni, Umbria, on September 5, 1960. Savo is buried in Guardea.